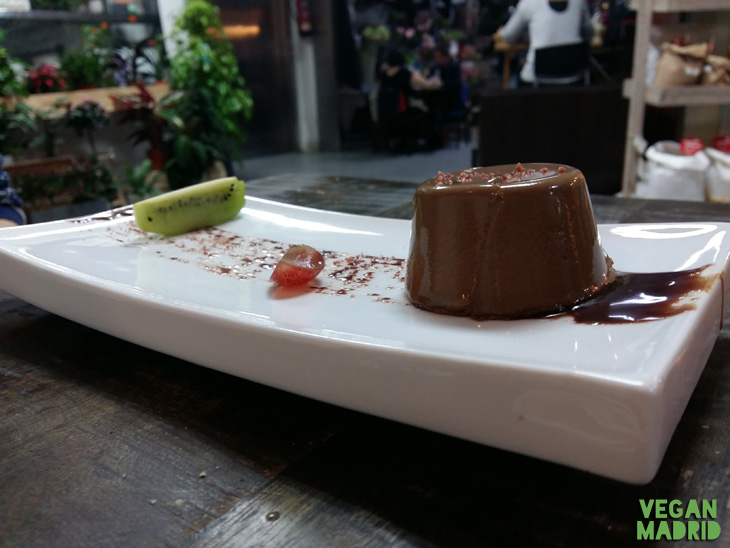 El barrio de las Letras, also known as Huertas, is a central Madrid neighborhood with a tourist profile and thus for years it has had vegetarian restaurants and vegan options and in recent times it has added several vegan restaurants. Here we show you a vegan route through Barrio de Las Letras in Madrid.

Its boundaries are: Cruz St. and Jacinto Benavente Square in the west; Paseo del Prado in the east; in the north, Carrera de San Jeronimo and in the south, Atocha St. Among its most popular streets they are: Plaza de Santa Ana and Huertas St.

Getting there: It is well connected by underground (Sol, Tirso de Molina, Anton Martin and Sevilla), by city buses and it has bike stations (BiciMad).

Botanique (Closed for the opening of a new restaurant called Pizzi Dixie in Malasaña, focusing in Vegan Pizza)

(22 San Pedro St. Underground: Atocha and Anton Martin). Located next to CaixaForum Madrid, it aims to be a space of harmony and calm and its offer is organic, vegan and gluten free food except wheat bread, while offering the option of taking bread made with rice flour. It has a special plate from Tuesday to Friday. It also offers the possibility to make a tea, juice or something sweet like biscuits and cakes in its traditional teahouse. Closed on Mondays and open Tuesday to Sunday at 10:30 am, but his closing times vary. Reservations are recommended. 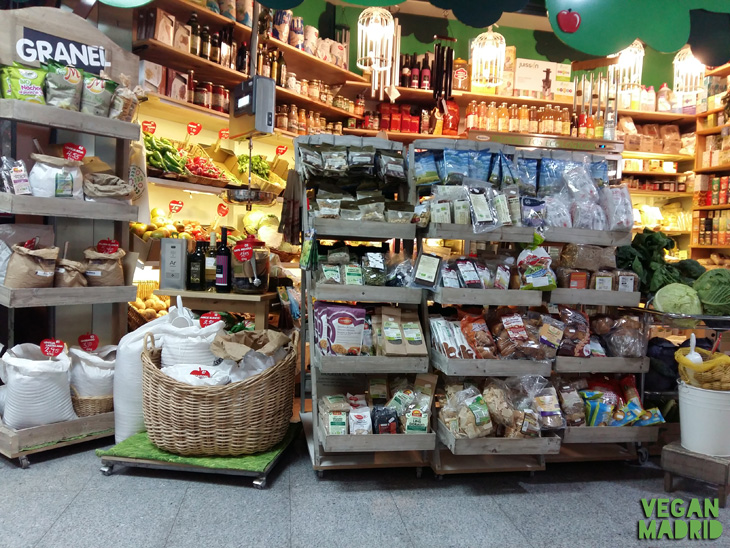 You can take a trip to the Antón Martín market to eat at Botanique and visit a couple of grocery stores with many vegan options. The vegetarian restaurant, La Biotika, also has an eco-shop.

(5 Santa Isabel St. Underground: Antón Martín). Downstairs market Anton Martin, on 21-22-23 stalls, you can buy all sorts of seaweed, fresh salted, dried, packaged or in bulk… As products made from them such as pates, crackers, pasta, rice… It also offers a dinner service at home with a workshop to know what are the properties of seaweed and learn to cook.

(5 Santa Isabel St. Underground: Antón Martín). It is located on the main floor of the Antón Martín market in front of Botanique. It is placed into what is called “herbalist”. You can find organic products, dietary supplements, herbs, tea and beans in bulk…

(4 Ventura de la Vega St. Underground: Sevilla or Antón Martín). One of the oldest and well-known vegetarian restaurants in Madrid. The menu includes increasingly vegan or vegan dishes choice, except for the dessert section provides only a proposal. It offers menu from Monday to Friday.

(11 Zorrilla St. Underground: Sevilla). With over twenty years standing, it is located next to the Congreso de los Diputados. Its design has undergone an evolution and now is a vegetarian restaurant with many vegan options. Daily menu available Monday through Friday and one tasting that varies seasonally. WARNING!: It is called vegetarian restaurant, but it has an option with meat on the menu.